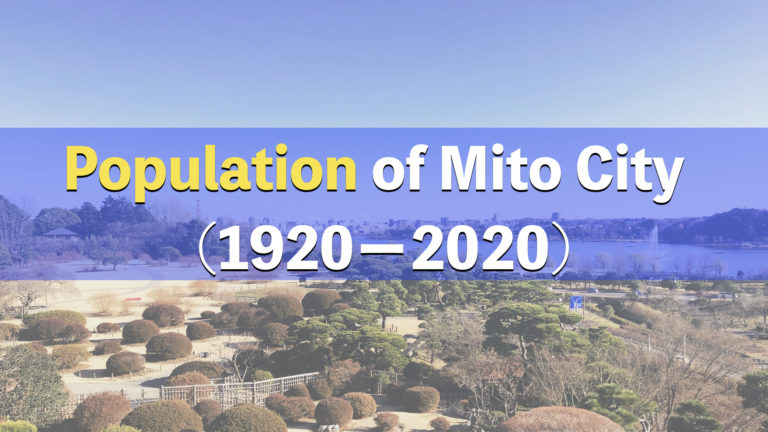 The following are data on the population of Mito City. The source of the quotations is the Mito City website and the census. Anyone can use the data, so please feel free to use it.

This website provides information on the city and its attractions from Mito to the Sendai area.

Currently, we are mainly active on the web, but in the future we would like to build a facility to serve as a base for our activities and to engage in community development.
We would be happy if you could support us.
Please bookmark our website and follow us on Instagram. We are also always looking for angel investors.

By the time the town of Uchihara was incorporated on February 1, 2005, 18 villages surrounding Mito City (18 villages as of April 1, 1889) had been incorporated.
The original area of the city was 6.17k㎡, but is now 217.45k㎡. Today, Mito is the central city of the Mito/Katsuta urban planning area, and with a population of approximately 580,000 within this Mito/Katsuta urban planning area, it is the largest urban area in Ibaraki Prefecture.

The table below shows the population since the merger.